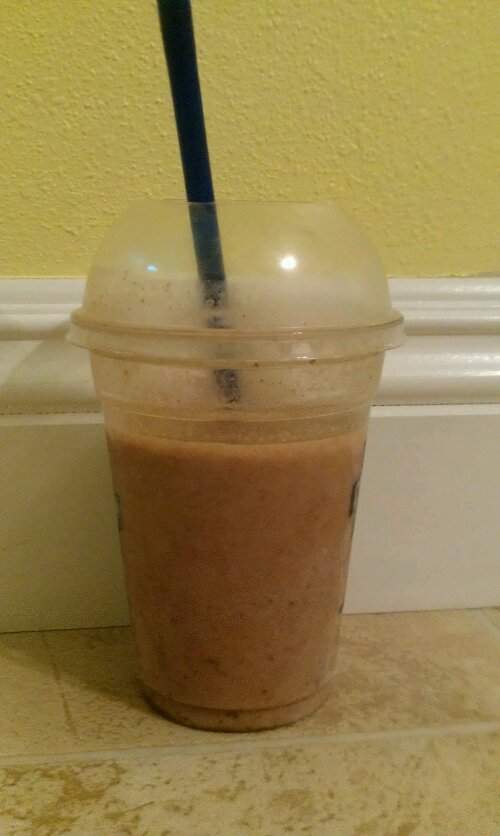 If you know me, you know that I LOVE ice cream!! It’s pretty bad just how much ice cream I actually eat.  I had heard that you could make ice cream from frozen bananas but I had never tried making it for myself.  I like bananas but I was worried about the banana flavoring being overbearing and not giving me my” ice cream taste” fix.  Last night, I was having a craving (nothing out of the ordinary).  My son was still awake and I knew that if I had some “real” ice cream, he would want some too and then never go to sleep on time. Instead, I remembered that I had thrown some bananas in the freezer a few days before and thought about what I had heard about frozen bananas used for ice cream.  Instead of searching for a recipe, I just made my own up. Here it goes…

Put ingredients in the blender and blend until smooth. It’s really that simple!  When I tried it before adding chocolate syrup and just a few chocolate chips, it was just a little too banana flavored for me.  Adding just a little chocolate toned the banana flavor down. I added just a little extra milk to make a milkshake and shared with my son. It was a hit for both of us! I felt much better giving him something I felt was healthier!

Hope you enjoy this as much as we did!